on February 10, 2016
One of the most common, dangerous and yet easily prevented diseases that our beloved pets can catch is heartworm disease. Learn about heartworm disease, the symptoms and preventative treatments here; to keep your pets healthy and active all year round. 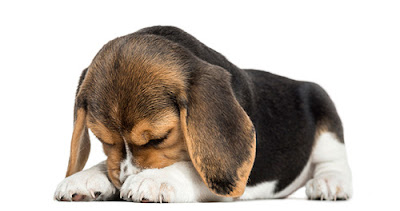 What Is Heartworm Disease?

Heartworms are parasitic worms that live in the heart and nearby blood vessels, causing decreased blood flow to the heart and other major organs. In severe cases heartworms can grow up to 12in long and .8in thick in populations of over 200. Overtime, and if not treated, heartworm disease can cause:

How Do Dogs Get Heartworm?

The spread of heartworm begins when an infected dog is bitten by a mosquito, which then results in that mosquito being infected. When that infected mosquito bites another dog, the mosquito spreads the infection. In the newly infected dog, it will take between six and seven months for the infective larvae to mature to adult heartworms. The adult heartworms mate and the females release their offspring into the host’s bloodstream, completing the lifecycle.

Heartworm disease is not contagious, meaning that a dog can’t catch the disease from being near an infected dog. Heartworm disease is only spread through the bite of a mosquito, which makes it difficult to monitor without an effective preventative treatment plan.

Stage One: No symptoms or mild symptoms such as an occasional cough.

Stage Two: Mild to moderate symptoms such as an occasional cough and tiredness after moderate activity.

Stage Three: General loss of body condition, a persistent cough, and tiredness after mild activity. Trouble breathing and signs of heart failure are common. For class 2 and 3 heartworm disease, heart and lung changes are usually seen on chest x-rays.

Stage Four: Also called ‘caval syndrome’. The severity of the worm burden will physically block blood flowing back to the heart, due to the large mass of worms. Caval syndrome is life-threatening and quick surgical removal of the heartworms is the only treatment option. The surgery is highly risky, and even with surgery, most pets with caval syndrome die.

The good news is that this detrimental disease can be easily prevented and there are a variety of treatment options available. However, it is very important to understand that preventive treatments will not kill adult heartworms. If a heartworm-positive dog is not tested before starting a preventive, the dog will remain infected with adult heartworms until it gets ill enough to show symptoms. Also, giving heartworm preventive to a dog that has an adult heartworm infection may be harmful or deadly. Annual testing of all dogs on heartworm prevention is recommended. Talk to your veterinarian about the best time for your dog’s annual heartworm test. 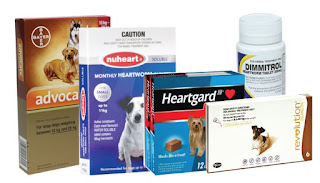 Once your pet is cleared of heartworm disease, there are a range of options to provide your pet with year round protection from this deadly disease. These include:


Have you ever wondered why your cat chooses to run laps of the house at 3 A.M? Click here to read more.
Advocate dimmitrol heartgard plus heartworm heartworm disease heartworm in dogs heartworms how to prevent heartworm how to treat heartworm Revolution valueheart