Most Popular Pet Names of 2013

on March 25, 2013
The team at CanadaVet.com would like to thank all the pet owners who participated in our Pet Names Poll. We loved hearing all the beautiful, funny, sweet and descriptive names American pet owners call their pets. We are now very pleased to announce the Most Popular Pet Names of 2013: 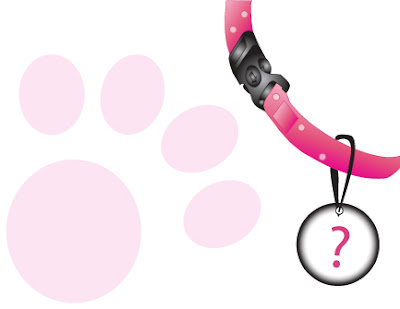 This year, there was a tie between two cute pet names for dogs. If your precious pooch is called Lucy or Izzy, then your pet has the most popular name of 2013; based on statistics collected by our CanadaVet.com Pet Names Poll!

We adored names for canines inspired by famous Americans such as Helen Keller and Charlie Steinbeck -the dog that featured in John Steinbeck's Travels with Charley novel; plus the cartoon character Snoopy. American dogs called "Buddy" prove that dogs really are a man's best friend. Other animals also seem to have inspired names for pups including Ladybug and Bug.

Daisy proved to be a popular name for both cats and dogs alike as well as names starting with Mc such as McLuvin and McPuskers.

It seems many cat owners must like the Winnie the Pooh series or perhaps their cat always gives them a laugh because the most popular cat name for 2013 is Tigger! The team at CanadaVet.com can just imagine all the gorgeous, ginger haired and striped tabby cats that must have been the inspiration for this popular name. There's also an American cat named after the actress/model Isabella Rossalini. It seems many cats have been given captivating and curious names by their owners including Magic, Diva, Peanut and Butterball.

Our CanadaVet.com Pet Names Poll has revealed that many pet owners give very descriptive names to their horses including Zippy, Dirty-N-Gold and Vintage. Colourful birds are also given pretty names such as Carmen. Our Pet Names Poll has even discovered a squirrel called Monkey Toes! Some pet owners give their pet's first, middle and last names - just like their owners; such as Squishy Yolanda Steele the hamster.

Selecting the purr-fect name for your pet can prove a difficult task for some. Evidently, sometimes keeping the name simple works best. We loved the names our customers gave their animals - Yurtle for a pet turtle and Gecks for a pet gecko!

We hope you have enjoyed discovering the most popular pet names of 2013; as much as we enjoyed hearing all the classic and creative pet names chosen by American pet owners for their furry friends.
animals canadavet.com names pet poll popular